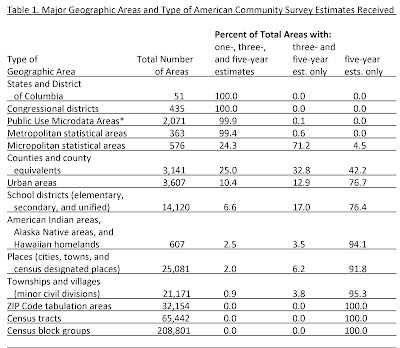 Note: * When originally designed, each PUMA contained a population of about 100,000. Over time, some of these PUMAs have gained or lost population. Due to the population displacement in the greater New Orleans areas caused by Hurricane Katrina in 2005, Louisiana PUMAs 1801, 1802, and 1805 no longer meet the 65,000-population threshold for one-year estimates.

NEW! Search the Guide to the ACS site